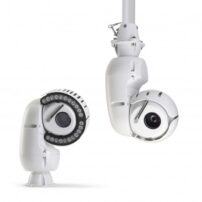 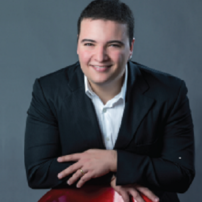 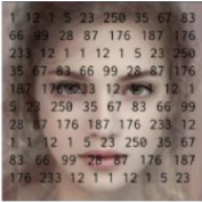 Redvision will formally launch the VOLANT™ rugged PTZ camera at IFSEC 2017, stand D1150. The VOLANT™ is the fastest, quietest and most accurate PTZ camera in the industry and will be exhibited alongside the new VEGA™ rugged camera enclosure. Redvision will also be showcasing the company’s well-established, X-SERIES™ rugged PTZ dome cameras.

Redvision’s VOLANT™ incorporates many of the design features of its successful X-SERIES™. It has a durable, die-cast aluminium body for rugged, outdoor operation; a flat, optically-correct, toughened glass camera window with wiper to remove dirt and water; and a camera design allowing viewing vertically downwards when mounted on a pole or column. It is IP68 weather-proof rated; IK10 shock and vandal resistance rated; and passes IEC vibration, shock and salt spray compliance requirements.

The VOLANT™ uses Infinity™ direct drive, brushless DC motors for fast, accurate and silent operation and highly flexible, continuous rotation in both its pan and tilt axis. It will silently pan at 420°/second to a pre-set, or move extremely slowly to track a target or person at 300m. The Infinity™ motors deliver minimal latency and military-level, positional accuracy, repeatable to 0.01°. If the VOLANT™ is knocked or moved out of position, its positional intelligence will recover it to its correct position.

The VOLANT™ includes integrated, Dual-Adaptive™ IR and white light LED illuminators, set in a ring surrounding the camera window. These provide optimal lighting in any field of view and are effective up to 150m in complete darkness.

Although the range is optimized for CCTV installations, it is competitive in any IT or data network application.

In addition to this, Eneo has introduced an eight-port, rack-mount, Gigabit switch (IAR-7SG1008MMA). Its PoE budget is 135W and its internal switching fabric is 24Gbps. As a Level 2, managed switch, it offers VLAN, port-mirroring and multicast support and it comes with two Gigabit copper and two Gigabit fibre, SFP uplink connections. Rack-mount, 16-port and 24-port models will follow.

The final addition to the range is an eight port, industrial-rated, Gigabit switch for tough environments and mission critical applications (IAM-5SG1008MMA). Fast-linking redundancy ensures network paths are reconfigured and re-routed within an unprecedented 50ms, should a network fail or break for any reason, ensuring CCTV systems stay operational. Its operating temperature range is an impressive -40°C to +75°C, making it ideal for extreme environments. This tough, eight port, desk-mount switch has a 240W PoE budget, 24Gbps internal switching fabric and four, fibre, SFP uplink connections. It is also Level 2 managed, supporting VLAN, port-mirroring and multicast functionality.

Eric Fleming Bonilha, head of software development at Digifort, the leading VMS and analytics platform, will be on the stand at IFSEC to answer any questions on the latest release of VMS and Analytics software. He is at IFSEC for the launch of Digifort’s Video Synopsis software and the latest developments in Facial Recognition.

The Digifort VMS controls, views and records IP cameras on one or many sites. It has four user versions, is infinitely scalable and includes Analytics and ALPR options.

Digifort is a digital surveillance system for the management of cameras, automation and access control. It offers total integration with a large range of IP cameras, including those with analytics built in. Digifort also supports edge recording within its license structure and is compatible with most leading brands.

Digifort’s graphic interface is based on the Windows OS with its familiar display of screens, functions, menus, help windows and manuals. It is simple to operate and learn, requiring minimal training.

To make an appointment, contact Security Buying Group on info@securitybuyinggroup.co.uk

The Digifort stand will have Video Synopsis (available in Version 4.1).

Digifort’s latest biometric algorithms allow robust and efficient detection of multiple faces under challenging conditions. It is built on top of the advanced Computer Vision Technologies, Deep Learning and AI. It delivers amongst the highest recognition rates in the industry.