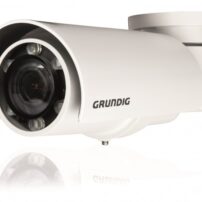 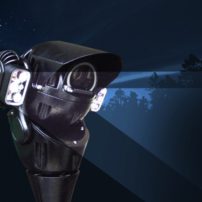 Redvision profiles its IP and analogue X-SERIES™ cameras at Intersec 2016. 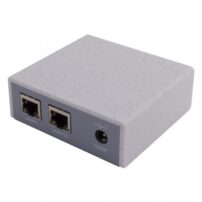 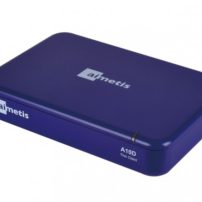 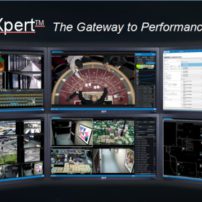 Pelco wins “CCTV system of the year” at the Security and Fire Excellence Awards 2015.

On show will be the new ‘Connect’, ‘Professional’ and ‘Top Line’ ranges, which include 4K, (8MP) cameras, recorders and monitors and a complete TVI product range.

Grundig’s Connect and Professional TVI cameras are ideal for applications where HD, digital images are installed on an analogue, coaxial cable infrastructure. Transmission distances extend up to 500m, with minimal loss of image data and zero latency when viewing images live.

Redvision profiles its IP and analogue X-SERIES™ cameras at Intersec 2016.

IP and analogue X‑SERIES™ cameras will be on the Redvision stand, S1-E48, with additional IP cameras on the Wavestore, Synectics and Digifort stands.

Paul Hucker, MD of Redvision, explains, “Recent temperature testing has proven that the X-SERIES™ cameras can withstand the extreme heat that can occur in the Middle Eastern markets, represented by the Intersec exhibition. Inclusion of the X-SERIES™ on leading VMS providers’ stands demonstrates the wide integration potential for our products.”

The X‑SERIES™ cameras are modular and can be configured as fully functional PTZ cameras or as a domes. A wiper can be added to remove water or dirt from the camera view, which is essential for many outdoor applications. White-light or IR, super-efficient, LED illuminators can be added for highly effective, night-time operation. A wide range of mounts, brackets and finishes offers installation flexibility and low power consumption keeps running costs to a minimum.

eneo’s NPCII meets a retailers’ need for a smart and cost-effective POS and video surveillance solution, out-of-the-box. Data from cash tills, barcode scanners and card readers is linked to video so, for example, till receipt text can be displayed, or overlaid, on live video at the local monitor and viewed using the iRAS software or the RAS app. Users can assign video cameras to individual POS systems, such as linking cash till 1 to video camera 10. The text data can also be stored for efficient searching at a later date.

“Video data can be searched and retrieved using till receipt information, such as product names, combinations of names, card data and cashiers,” explained Martin Morris, eneo Business Development Manager UK & Ireland. “As an example, all video relating to sales of high value items like ‘whiskey’ made by ‘cashier 1’, during a defined time period, can be retrieved for closer examination. Equally, quantities of a particular product sold during a defined time frame can be counted. Searches can include one or many integrated POS systems.”

The Aimetis Thin Client™ 2.0 is now available for download. In addition to decoding video from more than 30+ network video manufacturers, it now supports video playback and export when used with Aimetis Symphony™.

Aimetis Thin Client is a secure, reliable, and cost-effective PC alternative designed to easily display 1080p video. It is the ideal solution for users looking for more flexibility than a traditional decoder, but less complexity than a PC solution. The easy setup, compact design, and flexible installation options make it the perfect device for space constrained environments.

Pelco wins “CCTV system of the year” at the Security and Fire Excellence Awards 2015.

Pelco by Schneider Electric announced today that the recently launched VideoXpert™, a new Video Management System (VMS) solution, has been named the ‘CCTV System of the Year (Excluding Cameras and Lens)’ at the Security & Fire Excellence Awards 2015.

Having been shortlisted as a finalist in this category, an independent panel of industry experts judged VideoXpert™ to be the overall winner. The award was presented at a prestigious gala dinner and awards ceremony held at the Hilton Park Lane, London, on the 25th November, 2015.

“Pelco is proud that its leading VMS solution, VideoXpert™, came out top in the Security & Fire Excellence Awards”, said Mark Pritchard, Director of Marketing EMEA at Pelco by Schneider Electric. “It is a prestigious award, and demonstrates that Pelco’s focus on continued research and development in the highly competitive, IP systems market is correctly placed and is paying dividends.”

“We used extensive customer feedback in the design of VideoXpert™, which has resulted in a refreshingly new offering in VMS solutions. With six monitors behaving as a single workstation it is simple and intuitive to use, compared to other VMS solutions.”

Pritchard also commented that, “It has been designed such that it is straightforward to migrate from existing Pelco Endura® and Digital Sentry® systems to the VideoXpert platform, so users are able to re-purpose hardware, taking advantage of the new technology and interface.”